The world leader in bypass filtration for heavy-duty diesel engines

A Spinner II centrifuge has up to 10 times the debris-holding capacity of even the best filters. So it stays on the job longer. And because the centrifuge removes contaminants from the oil stream—instead of accumulating them in the oil or on a filter surface—there’s less to plug. Cleaning efficiency remains constant over the entire service interval. In addition, the Spinner ll is a Green product—with no EPA requirements for contaminant disposal.

Cleaner lube oil reduces the contaminants trapped in the engine’s main oil filter(s). Keep in mind that service intervals vary by application, engine duty cycle and other factors. Spinner II recommends that you consult with your lube oil supplier, engine manufacturer or distributor and lube oil testing service before making any decisions about extending oil drains. 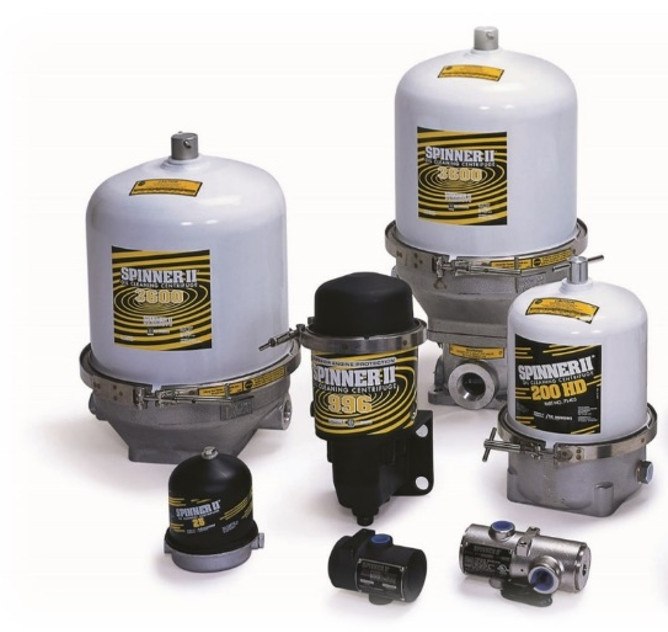 The Spinner II centrifuge is a highly efficient bypass filtration device. It diverts a small side stream of oil for processing and returns clean oil to the crankcase. Powered only by engine oil pressure, the centrifuge operates at speeds in excess of 6,000 rpm, generating a force more than 2,000 times greater than gravity. This force slings contaminants smaller than one micron out of your oil and packs them into a dense cake on the wall of the cleanable centrifuge bowl. A Spinner II centrifuge flows up to two gallons of oil every minute, allowing it to clean the entire sump capacity of a typical heavy-duty engine 10-15 times an hour. 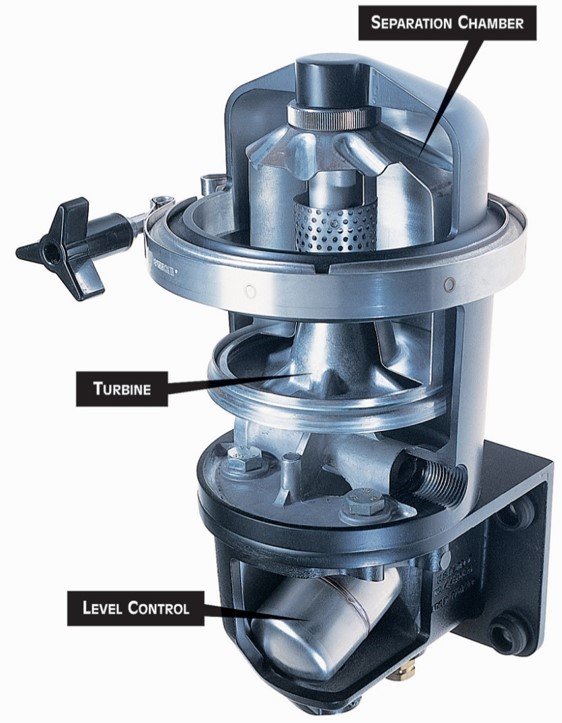 Spinner II is a registered trademark of TF Hudgins, Inc.